Brigadier Tim Hodgetts CBE, one of the Founders of citizenAID and the inventor of the Tourni-Key, explains why it is so important.

The Tourni-Key is a simple idea.

It is designed to provide an affordable tourniquet option for public use, by improvising with a strip of material that is commonly available - a tie, a thin scarf, or a triangular bandage.

But hang on, you ask, is this really a problem that needs solving? Well unfortunately it is.

First, however, you have to understand an unpalatable reality. When there is an active security threat - a gunman or a knife attacker - the first priority of the police responding to a call for help is public safety. This means locking down the incident, then finding - and neutralising - the threat.

Treating the injured is not the priority when the threat is still present. This should not be a great surprise. We’ve recognised this in the military too and accept that the best medicine is to ‘win the fire-fight’. Once the fight is won the medical services can then retrieve the casualties and give them the treatment they need. The risk, however, is that avoidable deaths can occur in the minutes before this help is available, particularly as a result of bleeding. For this reason, soldiers have been given simple skills and equipment to help themselves and their colleagues to save lives in the critical first few minutes after injury. The extraordinary impact this has made on survival from blast and gunshot injuries during recent conflicts is now a matter of record.

One of the skills given to soldiers is to apply a tourniquet, a tight band around an arm or a leg, to stop life-threatening limb bleeding. Such severe bleeding is typically seen after an explosion when a limb has been amputated by the blast, but may also be seen with gunshot wounds, stab wounds, and a mangled limb following blunt trauma (such as being hit by a vehicle during an attack). Strictly speaking, a tourniquet is a treatment of last resort. It is used when other means to control the bleeding - and specifically packing the wound with material (a medical dressing, or clothing if you have no dressing) then pressing firmly into the wound - have failed to stop or substantially slow the bleeding.

In creating the citizenAID initiative in 2016 there was deep understanding of the interventions that have made a difference to saving soldiers’ lives. That’s because the architects of the military advances in pre-hospital emergency care over the last 20 years are the same people behind citizenAID. The paradox in the civilian setting is that the public have not been similarly empowered as our soldiers on the battlefield have, yet we know from recent deliberate attacks that members of public are only too willing to offer help to injured fellow citizens and to improvise with what equipment can be brought to bear.

So where did the idea for Tourni-Key come from? The existential challenge was to a genuine need, to ‘optimise improvisation’ of a tourniquet with a widely available device. A solution that can be used by anyone (the public and professionals) and is afforded by everyone.

Someone wise said that innovation was "Seeing what everyone else sees, but thinking what no-one else thinks." TE Lawrence, also known as Lawrence of Arabia, described the flash of inspiration that cannot be taught as the ‘kingfisher moment’. So one kingfisher, a giant paper clip and a pair of pliers later and the concept of the Tourni-Key was created.

Our next step of development was to create a working plastic prototype, which was made simple with 3D printing technology. We then used engineering expertise to optimise the shape of the device, before testing variances in its shape with metal prototypes. But we were convinced that the final solution would be rigid plastic for reasons of cost, weight, the ability to change its colour, and aesthetics.

We didn’t want the look and feel of a bargain bike spanner. There was also a nagging worry that a metal shaped device carried in a bag or briefcase, no matter how harmless, would end up in the security bins of airports. At this stage we needed the help of plastics experts to reassure us that it could be rigid enough to withstand the forces in a tightened tourniquet, and robust across a range of temperature. We were also able to make it yellow: we wanted it to be seen as the patient moved through the evacuation chain.

Throughout the citizenAID initiative we have been humbled by philanthropic support from multiple sources. At the time of seeking support from the plastics experts to develop Tourni-Key, we were offered an extraordinary philanthropic opportunity from Airbus Defence and Space in the form of exquisite engineering design advice. This allowed us to test our assumptions for the device design and refine them, building in features to optimise both its strength and its practical utility.

Of course, you can also improvise the 'rod' to tighten an improvised tourniquet with any short piece of hard wood or metal, but the difficulty is to secure it. The value of the Tourni-Key is that while it acts as the tightening rod, it is designed to be secured.

The uniqueness of the device is in its simple locking system. You can 'quick lock' the Tourni-Key with the hook, or you can 'hard lock' the device by passing the blade under the tightened material - particularly valuable when the patient needs to be moved when it is critical that the tourniquet cannot be dislodged. If the hook is pointing in the wrong direction to be secured, you simply flip it 180 degrees using the head of the key. It really is that simple.

Constantly in our minds in the development process was the fact that tourniquets are painful and some of this pain comes from skin bunching. To reduce this 'pinch' we created an 'anti-pinch card', to slide behind the knot before tightening. This card also acts as a record system for the time of application of the Tourni-Key.

Sadly, and contrary to the contemporary clinical evidence, the prevailing narrative in the first aid community still discourages the use of tourniquets in case they are applied for the wrong reason. This inverted logic disenfranchises the very patients who can be saved by a tourniquet, who are rapidly bleeding out after devastating limb injury. We need help to change this narrative. If the rationale is to apply a tourniquet when there is life-threatening limb bleeding that cannot be controlled by other means, then a tourniquet can only ever do good. The alternative is an avoidable death. 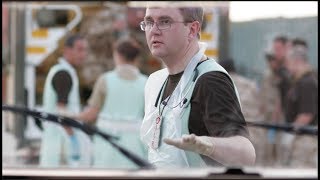